A Year of Good News:
„To find positive news it is often enough to look around.“

Interview with Slovak illustrator Martin Smatana, who has turned 52 "good news" stories into textile works of art. His book was published last year.

When the worldwide pandemic started, many of us were all of a sudden thrown into a big unknown of fear and concern. Reading the news quickly turned into a drepressing event, one dramatic incident followed the other. In order not to let himself be dragged down to much, Slovakian illustrator and director of animated films, Martin Smetana, had an idea. He actively looked for positive news and, being an artist, turned these news into artwork.

In November 2021 he published the book „A Year of Good News“ where readers can admire the 52 pieces created from old clothes and textiles. All the stories show us a world that is empathetic and compassionate. And above all, they show that good news and acts of kindness, can be found everywhere and at every time. In the interview Martin Smatana tells us more about the project.

How did the project start? What gave you the idea?

The last two years have been years of bad news for many. The pandemic has negatively affected the lives of each of us, including me. From time to time, I easily began to fall into the idea that the world was getting worse every day. I felt that a negative mood was beginning to prevail. So I had to find a distraction, something that pleased me and inspired me in these difficult days. That’s why I started actively searching for good news from all over the world.

What kind of technique did you use and why did you choose this form of presenting and making art?

I create illustrations from second hand clothes and old textiles and fabrics. I decided to use this technique because I like working manually. And I also like using soft fabrics materials in my films, where I can animate these textile surfaces hair by hair.

Usually I get fabrics from people who don’t want to throw away their old junk clothes. I always send them a photo of what I made from their clothes. For example, when I was building illustrations for „Year of Good News“, many of my friends contributed a piece of their favorite clothes to the set design.

Can you guide us through process of creating the illustrations?

It takes me about 5 days to create one illustration. Paradoxically, the most time takes to find the right piece of good news. Sometimes I flip through dozens or hundreds of news and stories until I find one that makes me happy, sometimes when I get moved or have goosebumps. That’s when I know it’s the right one, I’ll start reading more about it, looking for photos for it, checking the facts, then I’ll draw a few sketches and try to find the composition and shape.

When I’m happy with it, I’ll color it so I know what colors of fabrics to look for. Then I dig for hours in old clothes and discarded fabrics, and only then I start cutting, sewing, gluing. After that I set the lights, take photos, edit and add to the text of the story.

Where did you find the stories and how did you choose them?

I try to focus mainly on those little positive stories and interesting ideas that make the world a better place. I find them either in the media, news, some are even sent to me by my friends.

What are your favourite stories from the book?

Almost every day I find some nice story from different parts of the world. Here are some of my favourites:

As flights from Italy were cancelled due to the pandemic, a ten-year-old boy decided to walk with his father to visit his grandma in London. After 93 days, 2.800 kilometres and two weeks in quarantine, they made it to Trafalgar Square so the boy could finally give a hug to his grandma.

When public events were cancelled in Barcelona, a string quartet performed Puccini‘s Chrysanthemums at the local opera house in front of an audience of 2,292 houseplants. These were later given to health workers to show gratitude for fighting the pandemic.

A professional cyclist in Italy delivered medicines and food to his pandemic-affected home town in appreciation for the locals’ supporting him during the sporting season. (see illustration below) 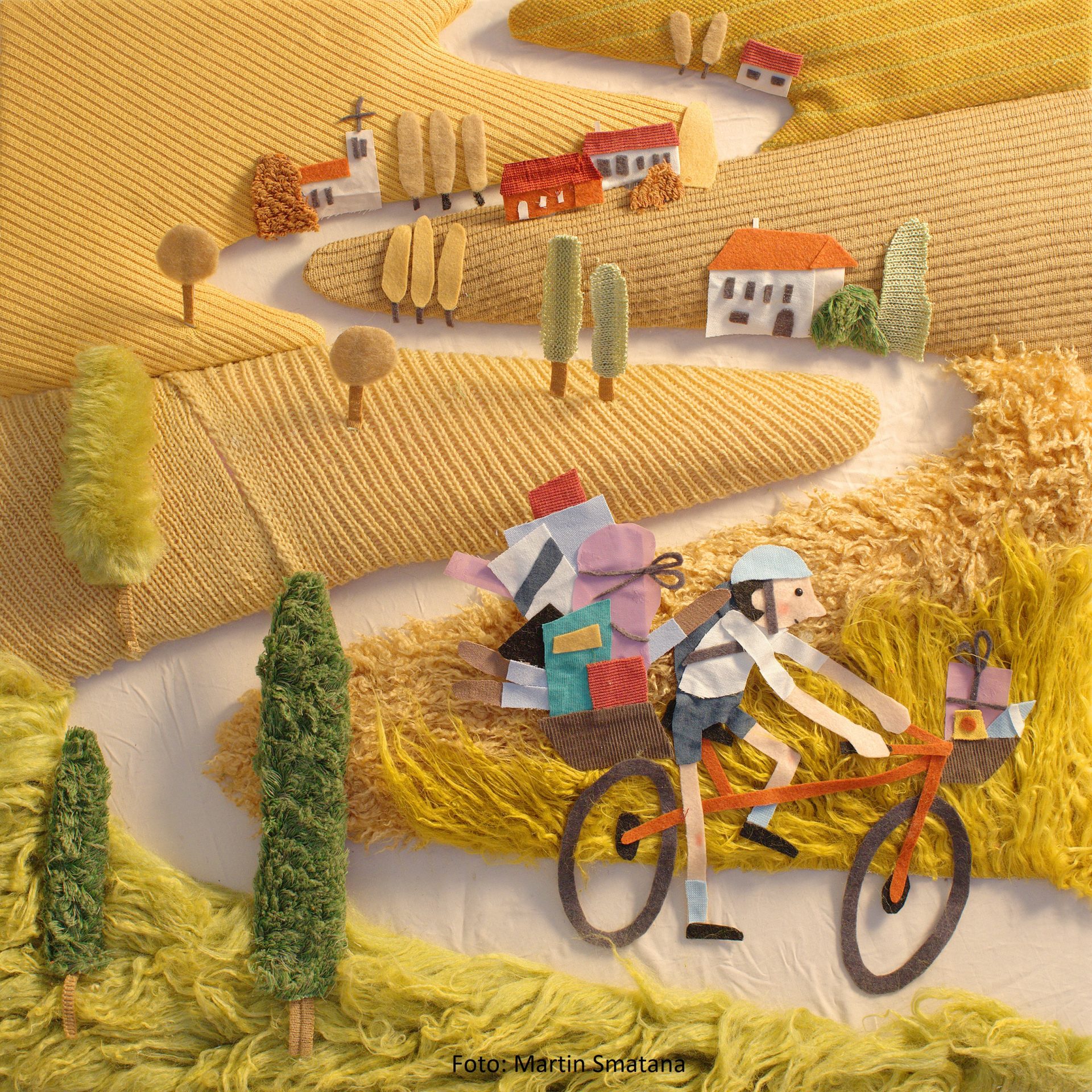 A father who wanted to spend Christmas with his air hostess daughter bought tickets for all six flights she worked on during the holiday season.

What was your idea behind the project?

The main message is to strengthen the sensitivity to the small, often inconspicuous positive stories that are happening around us. Because in order to see positive stories, it is often enough to look around. I believe that after the reader reads such a book, he realizes that, despite the negative news, a lot of good is happening every day – not only in the world but also in our immediate surroundings.

Why do you think it is important to show these good news?

I think it is important because it is natural that the media report more about sensational, dramatic or negative events, which reach the readers‘ attention much more directly and quickly, affect their primary instincts and raise passions in them. The problem is not so much in their nature as in their quantity. If we permanently prefer and consume mainly negative news, it is no wonder that we will soon feel that the world is falling into ruin and that tomorrow will be worse than yesterday. We don’t have to look at the world through rose-tinted glasses, nor do we see a half-empty cup as half-full under any circumstances. It is a vision of a reality that is obscured in the cycle of negative reporting. 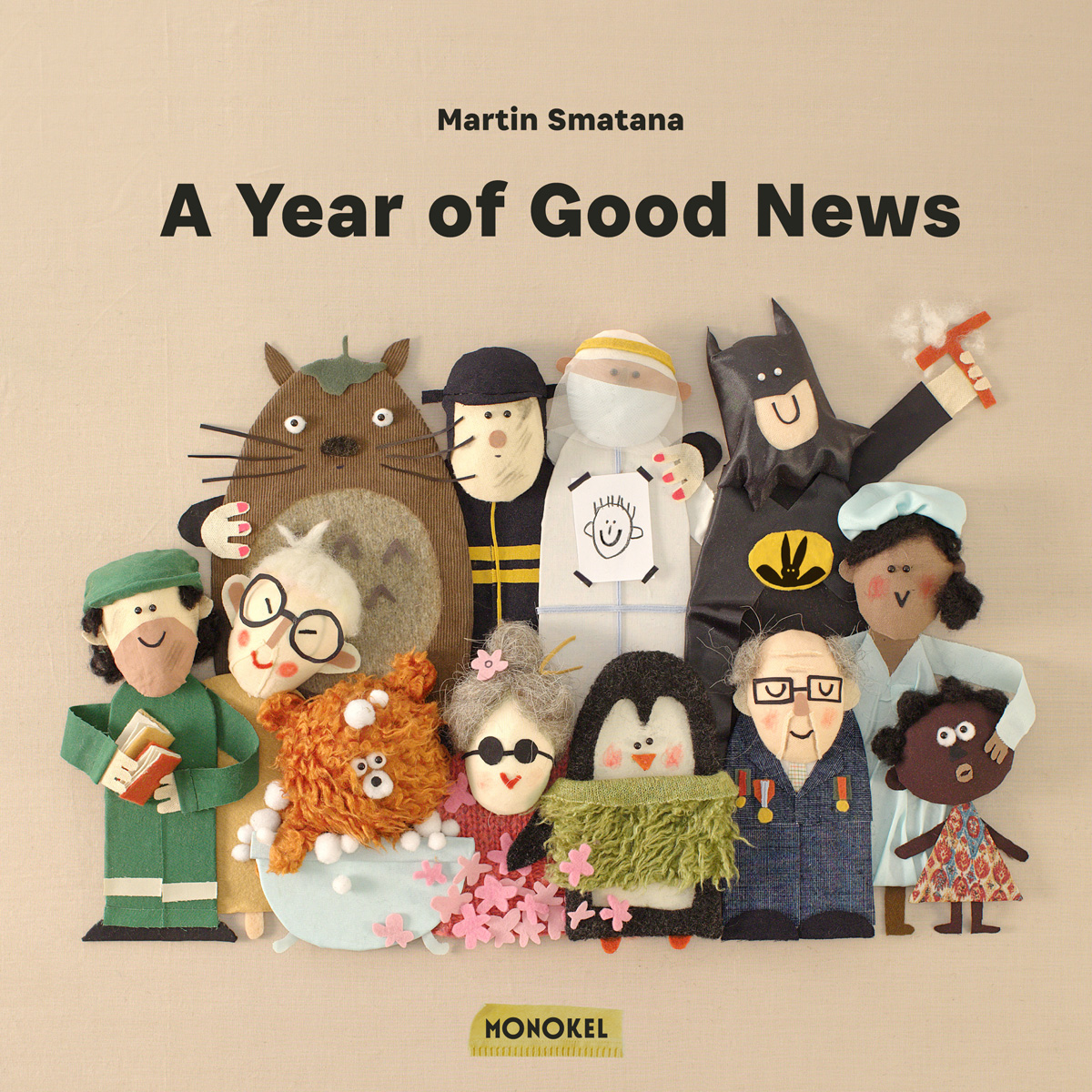 So do we have to avoid negative news then?

I do not think that the solution is to completely avoid bad news and problems. We need to know about them and we need to solve them. However, sometimes it helps me personally to focus on what is happening in the world every day. For example, I try to actively seek out the good ideas of other people that make this world a better place.

When was the book published and what were the reactions to it?

The book was published in November last year and since then we receive a lot of positive reactions and feedback. People usually write to us that thanks to this book they realize that there were still a lot of good things happening in the last year. But they just didn’t hear about them in the mass media. They also tell us that they really needed some overview of what happened in different countries around the world. I think it is important to read such news, especially when you do some kind of recapitulation of the past year and you balance good and bad things.

Can we see the artwork in „real“ somewhere?

Yes, we are now preparing an exhibition in cooperation with the Slovak National Gallery. During December and January some illustrations were shown in the public space and streets of Bratislava. Before the Christmas holidays, the Bratislava Cultural and Information Center decided to please the inhabitants of the city and beautify its various places with illustrated good news. So citizens could enjoy them waiting for the tram, or just come across one of the 56 citylights, which we believe lifted their spirits.

Do you plan anything similar in the future?

Yes, I actually decided to continue collecting good news stories from all over the world. And I am already preparing a sequel to the book – A Year of Good News 2022.
That’s why I would like to ask readers if there is a positive story that recently caught their attention. I’d be happy if you shared it with me at martin@smatana.com. Also, I’d like to encourage you to become a messenger of good news yourself.

Want to read more about the book and may be even buy it, click here.


The Happy Broadcast: The portal for anxiety free news