India: where suffering has a whole different face

Grocery packages for the poorest of the poor are being packed to help them survive. A private fundraiser that started a few days back shows how support can be lended. 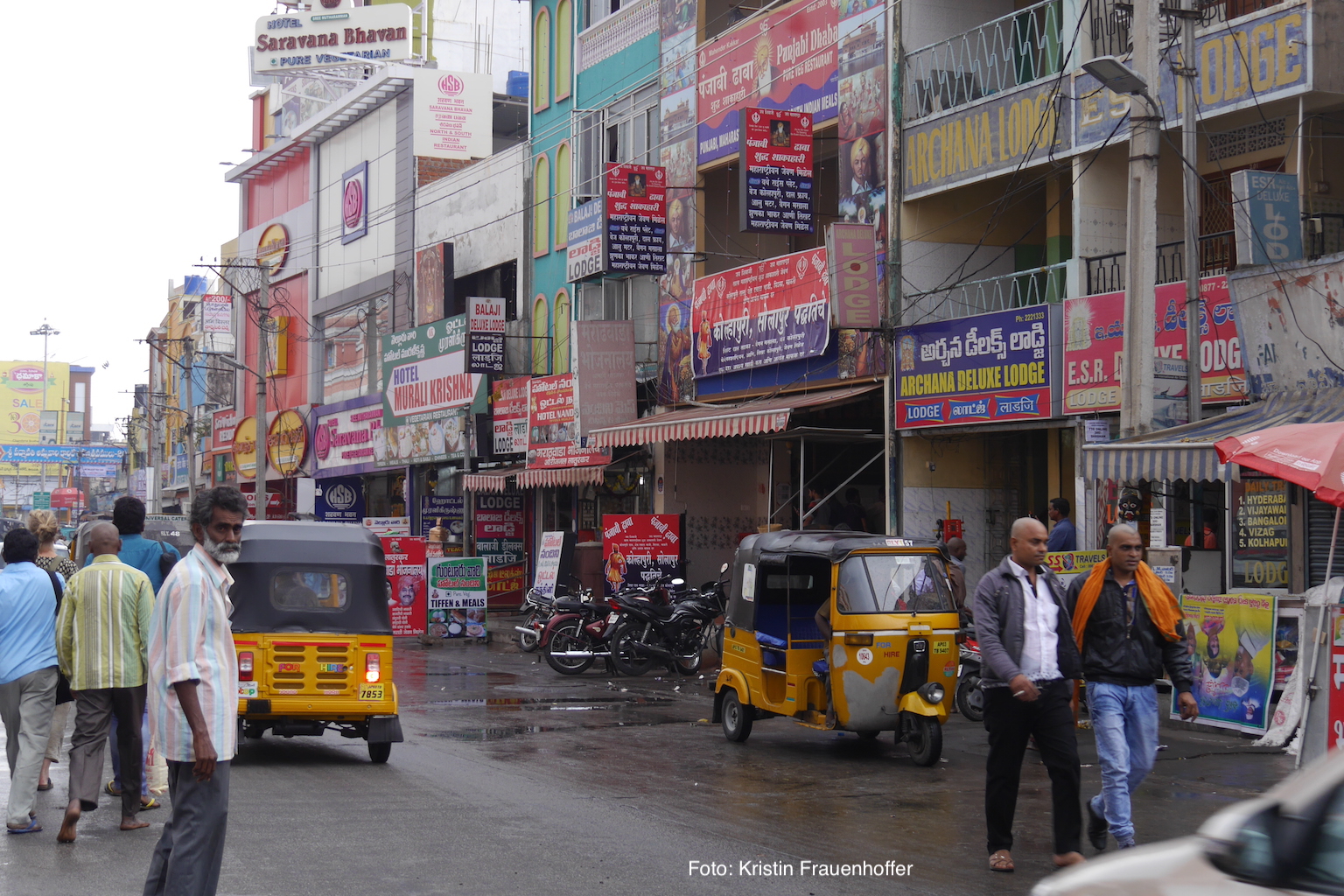 The pandemic effects different countries in many different ways. In the western hemisphere it is definitely not easy, but in other countries like India the consequences of a lockdown are much more disastrous. When our editor Kristin Frauenhoffer heard about the complete national lockdown in India, she knew that she had to do something to help the people in the country that is so close to her heart. Without further ado she started a private fundraising campaign.

A personal report by Kristin Frauenhoffer

Right now we are living in a strange world, in a surreal world. Since a virus is dominating our day to day life, many people are all of a suppen in need of something. Even those who would have never thought they would. There are the ones who lost all of their orders and contracts – the freelancers and small businesses. They fear that they will not be able to pay their rent the coming months. And the other ones who long for a little bit of relief concerning child care. Others have a total opposite problem: They lack of social contacts, as they are not allowed to see their family and friends due to the curfew. That concernes singles but it is even harder for old people. The latter as being part of the high risk group for the virus fear that an infection could have them stuck in a hospital in an intensive care bed.

But apart from all these needs that arise among our society, it is once again one group of people who is hit the hardest by the ristrictions due to the pandemic: the poorest of the poor. The ones who already have almost nothing and who lead a mand-to-mouth existence, for example the day labourers and the migrant workers in India.

India: country of my heart in emergency state. I have to help.

When I heard the news, that on 25th march India imposed a national curfew, I was thunderstruck. Right away I knew that this was a disaster for millions of people. In India a lot of people work as day labourors, migrants workers or helpers in private households. They live from hand to mouth and from one day to the other their whole livelihood was taken from them.
I knew I had to do something. I have spent a lot of time in this extraordinary, crazy and exciting country. Not only do I have lots of friends over there but India touches my heart. I feel a strong emotional connection to the people, their way of living, their culture and customs and to their own „typical indian“ mentality. That is why I spent so much time in India and tht is why I want to help the best I can.

A disastrous situation for the poorest of the poor

I wrote a message to my friend Sudarshan Sawale, who I met 11 years ago in a meditation centre in India. We keep in touch since then and meditation unites us. He lives in a small city named Bhandara in the state of Maharashtra near Nagpur. I asked him how the situation over there was. He replied that especially for the poorest of the poor the condition could have fatal consequences. Not so much because of covid 19 but because of hunger.
I read some articles. In one of them a man says: „Before covid 19 hits us, we will starve.“ In the meantime India has extended the curfew another 3 weeks. There is no public transport, all the shops and businesses are closed and in some „red zone“ areas (with a lot of covid 19 cases) people are only allowed to leave their houses to go grocery shopping.

No support from the Indian government

Especially the migrant labourors, who work on construction sites in the cities or who sell small items on the streets have lost their livelihood. They want to return to their villages as they cannot afford their rent of their city flat anymore. But they are stuck, because there are no trains. Workers living in nearby villages have a similar problem. They cannot enter the city for work and they don´t find work in the villages. The government does not offer support even though it was announced. Luckily there are volunteers in India who are willing to help these people by distributing food in slum areas for example. They get a special permit to leave their houses in order to help others.

Our fundraiser: 5 euros help a small family to have food for one week

My friend Sudarshan is one of these volunteers. He has a big heart and is passionate about taking care of others. A year ago he quit his job in order to follow his spiritual calling. He visited different budhist monasteries in Asia but due to his fathers Alzheimer desease he had to come back to take care of him. I told him about my idea to start a fundraiser in Germany and immediatly he was keen on helping. I promised him that I would do my very best to support him – with the means I have: in my case with money.
We outlined a scheme on how to help the people effectively. Sudarshans idea was to compile grocery kits that could sustain a small family for one week. Included in the package are rice, lentils, oil, chickpee flour, soaps and spices. One package costs around 5 euros. He contacted a local NGO to get a list of needy persons in the area. A government offical who lives in Sudarshans apartment building helped him with all the administrative matters that had to be done in order to get things going.

I in the meantime set up an appeal for funds that I sent to my family and friends. The response was overwhelming! Almost every single person I contacted donated. Even 5 euros help to sustain a family for one week. Very quickly I had raised around 700 euros that I transferred to Sudarshans bank account. He on his end had finished all the administrative matters by that time and asked his brothers and friends for help. After all he wanted to buy groceries quantities that could not be handled by a single person. Meanwhile he has purchased around 800 kilograms of rice and 100 kilograms of oil and flour. The transport of these items is much more difficult when you don´t have a car – Sudarshan has no car, so he had to take an auto-riksha. All that was done in the indian summer heat that has already started – 40 degrees and more. It warms my heart to see so much personal commitment. „I believe that human life is worthless if one can not serve to society or at least the needy people around you“, says Sudarshan.

„Metta Sangha“: the „community of compassionate love“ comes to life

In 4 days, Sudarshan and his helpers purchased all the groceries, compiled the food packages and now they have already distributed 50 of them. Another 100 pieces will be distributed the next two days. Sudarshan has rented a small van in order to reach the people. While distributing the packages he sometimes gets very emotional, tells me Sudarshan.

On their way to a government office they saw two children on the street. They lost their parents not long ago. The girl sells sticks in the city but due to the restrictions she can no longer work. Sudarshan gave them a food package that they gratefully accepted. The government official asked him which organisation he worked for, so he spontanously invented a name for our fundraiser: „Metta Sangha“. „Metta“ means „compassionate love“ and „Sangha“ is the community. Both words are used in buddhist scriptures. So now we are the „community of compassionate love“. This is the name we will be given in a newspaper article to be published in the local press of Bhandara.

The fundraiser continues as long as needed

I will transfer the rest of the funds – another 1.700 euros – to Sudarshan as quickly as possible so that he can proceed with his work. The fundraiser itself will continue as long as the lockdown persists and people can start working and travelling again. We are thinking about extending our campaign to other cities in India. Thankfully I have some friends in Mumbai, Pune and Chennai.

We are happy about any donation we can get – even the smallest ones. I promise that your money will not be wasted and that every cent will reach people in need in India. It does not mean, of course, that you should not help people in need in Germany or other countries. On the contrary: In these difficult times we should all support each other and stick together. That gives us strength and makes us what we are: a real human community.

You can transfer your donation via PayPal directly to my account through this e-mail:
krispies84@yahoo.de
Or you can make a transaction to the following bank account (reason for payment: „help India“)

Or directly to Sudarshan in India:


Thank you so much!

These children also need urgent help during the pandemic: