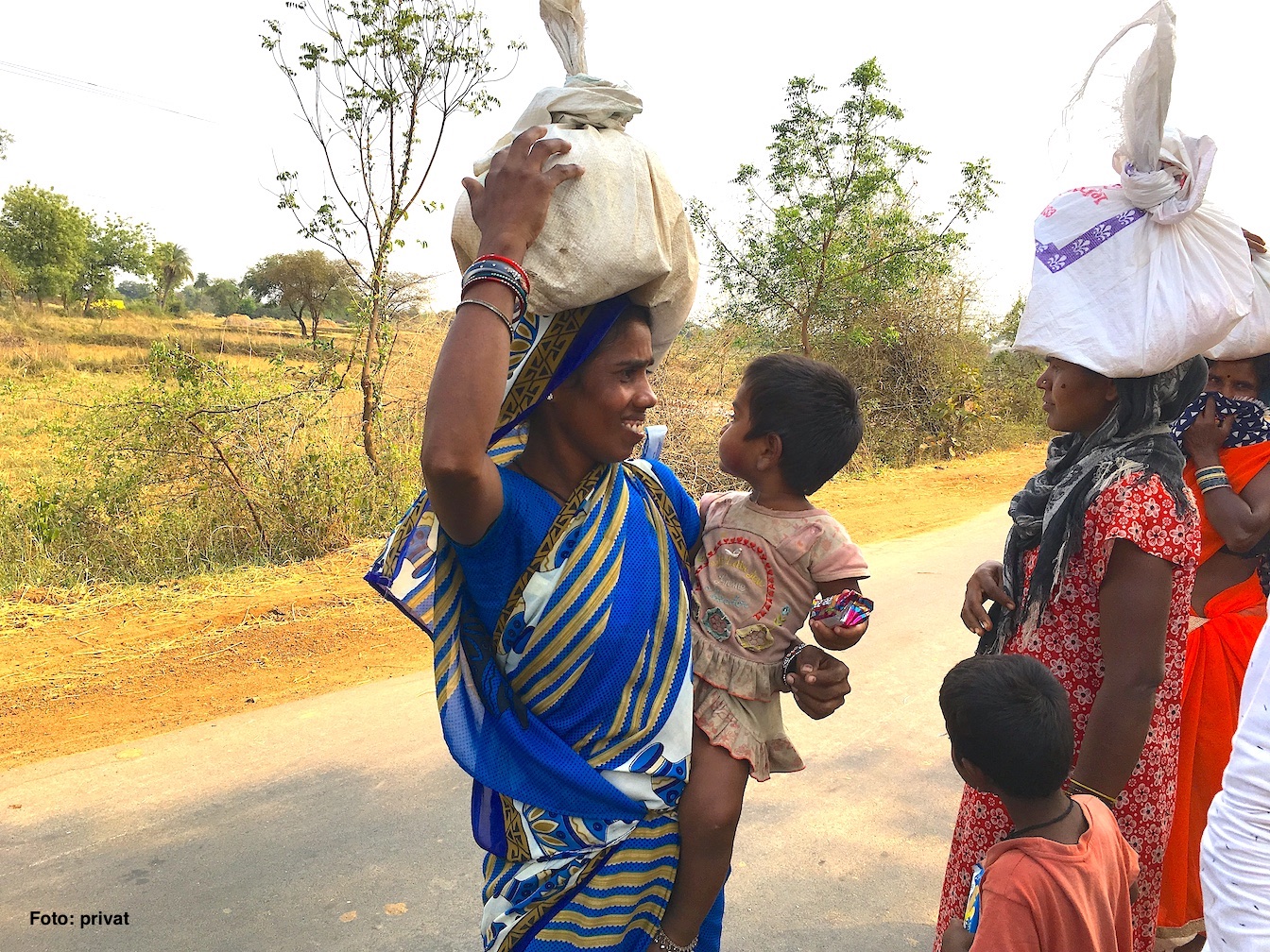 One month ago we reported about the private fundraiser „Metta Sangha“ that our editor Kristin Frauenhoffer initiated. Since then a lot had happened and a lot has been put into place: Kristin and her friend Sudarshan in India are completely overwhelmed.

A personal report by Kristin Frauenhoffer

It has been one and a half month since I had been sitting on my couch contemplating about how to help all the poor people in India with the limited resources I had. Never could I have imagined what this tiny thought would set in motion.

The hour of birth of Metta Sangha

Probably all projects start this way: with a single person and a single thought. And then they become bigger and bigger, reach more and more people until they really set off. So did our private fundraising campaign, that now has been given the name of „Metta Sangha“ – the community of compassionate love.

What happened so far?

As a huge fan of the indian lifestyle and having lived and worked a couple of months in this crazy country I just could not close my eyes to the suffering of the poorest of the poor. They were the worst effected by the national curfew. Day labourors, migrant workes and slum inhabitants: all of them lost their livelihood in a blink of an eye. Without further ado I set up an appeal for funds that I sent to my family and friends. My friend Sudarshan got our aid campaign up and running practically over night and we could get started. Since then he is providing needy families with food packages. I send him the money, but all the rest is up to him – it turns out that he is a really good organizer!

Overwhelming response to article about Metta Sangha on goodnews-for-you.de

The response that we received to our appeal for funds here at good news for you and other private mailing lists and circles of friends was overwhelming. At this point I would like to say thank you to all of you who have donated generously. Meanwhile we have collected around 7000 euros. Never could I have imagined that!  This exceptionel willingness to help really warms my heart and it strenghtens my belief in humanity. We all stand together when the times get rough!
In total Sudarshan and his team have provided 1.500 families with food packages. In addition to that they distributed breakfast to migrant workers and bought them bus tickets so that they could go home quickly.

Unexpected funds from Taiwan: „I didn’t know people trust me so much!“

But the fundraiser had a much bigger impact. My friend Sudarshan is a practicing meditator of the Vipassana meditation and has been organizing pilgrimages to buddhist places for one year. Among the groups he guided were some from South America and Taiwan. In that way he has built a big network of contacts all over the world and he sent the appeal for funds to all of them. In Taiwan the meditators collected money so that in the beginning of may Sudarshan received the message that more then 10.000 dollars had been gathered. We were once again completely overwhelmed. „I didn´t know people trust me so much!“, says Sudarshan. It was a very emotional moment for both of us… 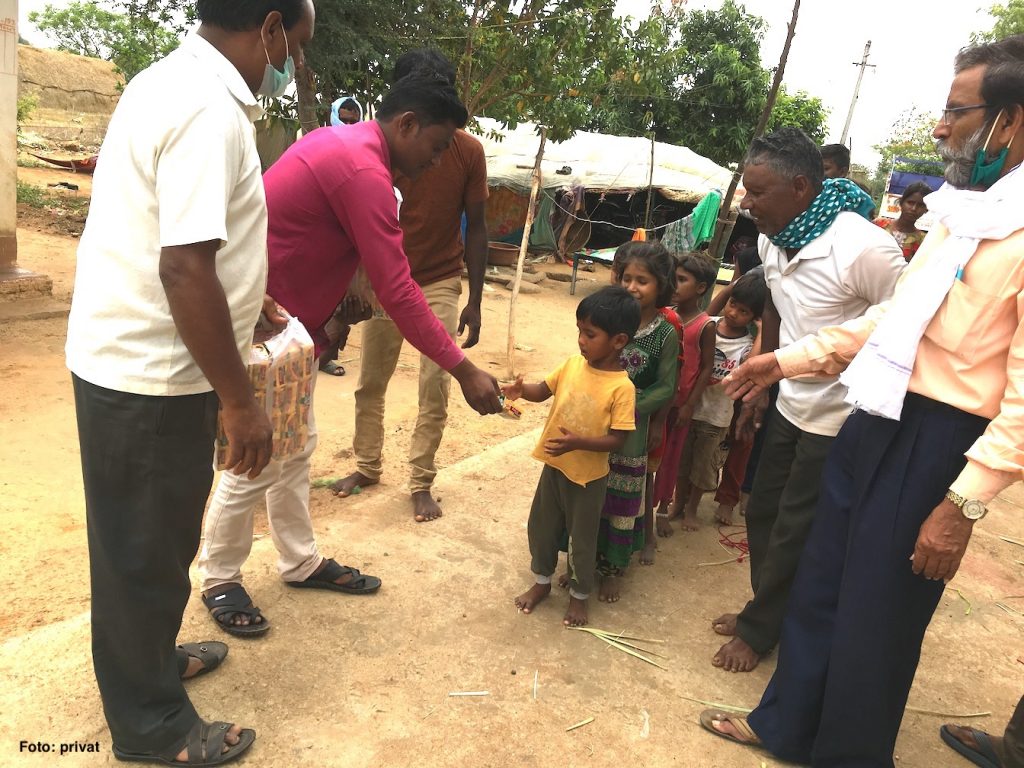 Collaboration with other NGOs in different cities

As we were financially well equipped by now we decided to expand our area of action to other parts and cities of India. Sudarshan got in touch with dedicated and active people in Mumbai, Pune and Nasik. In Nagpur he gave some of our funds to an Australian nun – Ayya Yeshe – who then helped around 40 families.

In Pune, a city in Maharashtra, that has been hit really hard by the curfew as it is considered a „red zone“, around 100 families have been provided with food packages by the volunteers. More cities are to follow: Mumbai and its suburbs and Nasik. Sudarshan has a big network of dedicated friends – everybody wants to help. The pace in which everything is progressing is fascinating. Almost every day I receive news about where food had been purchased, packed and distributed.

As India has again extended the curfew – at least until the end of may – the situation remains tense. So we will keep on making a big effort to help where we can – even if it´s just a drop in the ocean. Sudarshan has now become the coordinator of a whole number of volunteers in different cities and distributes the funds. He wants to register our little community of compassinate love as a non government organisation so that we can help even after the curfew has ended. Because one thing is certain: for lots of people even when the curfew ends, the suffering will not. 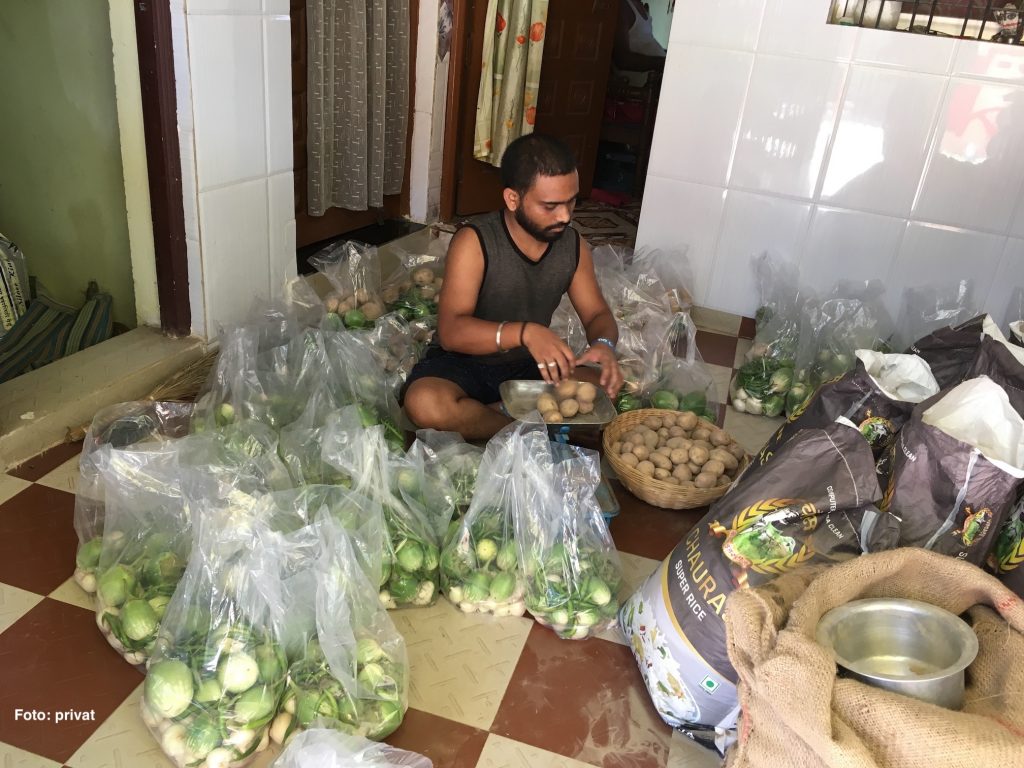 Thank you from the bottom of our hearts for all the support!

A short video made by the volunteers in Pune:

You can still donate and support our mission!

Transfer your donation via PayPal directly to my account through this e-mail:
krispies84@yahoo.de
Or you can make a transaction to the following bank account (reason for payment: „help India“)

Or directly to Sudarshan in India:


India: where suffering has a whole different face