Make Someone Happy, Drop 4: with charm, confectionary and flowers

Hector from Canada loves being kind and giving others a little joy on a regular basis. 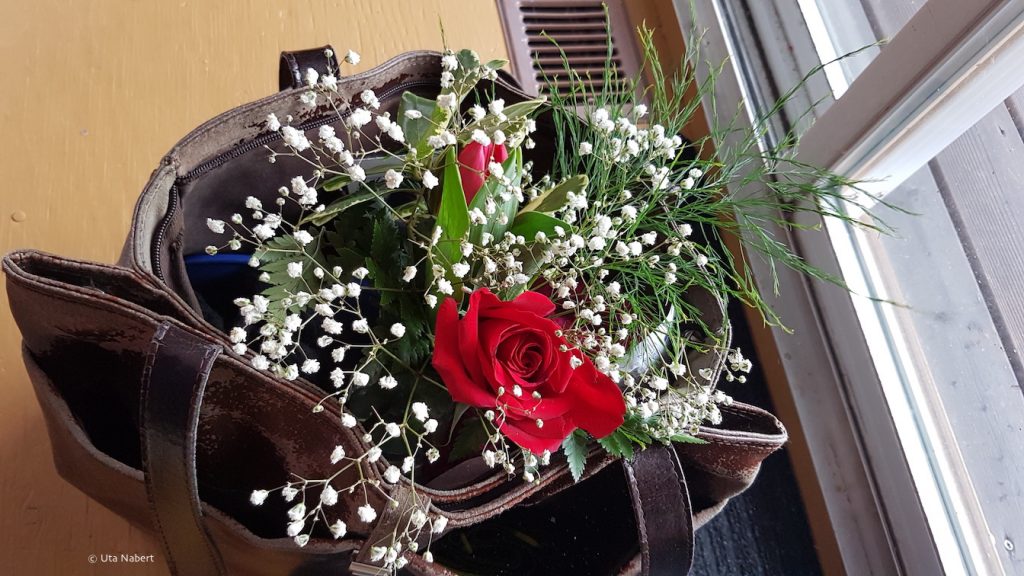 When it comes to learning how to make someone happy, Hector comes to my mind. Hector on Prince Edward Island. Prince Edward Island, the island before Canada. Canadians know how to be friendly and they are proud of it. And if there is one person who has mastered this discipline even more than the others, it is Hector. I met him on my world trip through North America, stayed with him as a guest for a few days. We had met through a friend.

For one weekend, I followed him on his usual paths of kindness. First of all, we had to „refuel“. We went to a chocolate store and bought tiny boxes with one piece of confectionery in each. Not expensive, but they made a difference.

Hector distributed the first of these to Jess on a cold February morning. Jess, his old friend. She could be counted on: Every Sunday morning, after the service, she squatted in front of the church in Charlottetown, the island’s main place: 17 years old, unkempt hair, bent glasses. Hector passed her after the service and made her smile every time: „Are you using a new cream Jess? Your skin is glowing!“ he asked today. Then she also beamed and he handed her chocolates and money.

Hector didn’t have much himself. After his carpentry shop burned down and the divorce was through, he was burned down too. Today, at over 70 years of age, he works as a farmhand in a riding stable. Aside from the fact that he can’t afford to retire, he seems to enjoy the work. His blue eyes usually sparkle and he likes to chat.

Especially with Elisabeth, a very young waitress in the restaurant of the spa house, where he afforded breakfast every Sunday after the service. One morning she told him she had lost her grandfather and Hector tried to cheer her up. First with words of regret, a few minutes of chat later with compliments: „Anyway, you look fabulous again and you know that’s the only reason I’m here.“ She also got a chocolate and couldn’t help herself. She had to smile. 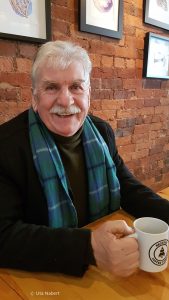 Hector likes talking about doing good. He wasn’t always like this, he says. It only started after the divorce. Hector, the family man no longer exists. Now he is Hector, the charitable one. That’s what makes up his new identity. Through his new way of approaching people, he has spun himself a gossamer, unstressable, yet far-reaching web of contacts: On Friday nights, he goes out – to a small restaurant in Charlottetown. He flirts with the waitresses, they ask him how he is doing. And finally, they watch with smiles as he plunders the candy jar on the counter. „For the poor,“ he says.

On Saturdays he goes to the weekly market and after buying tomatoes, potatoes and fish, he buys tiny bouquets of flowers and distributes them to the market women. Once he took the flowers to the hospital. That was when he was visiting a friend.But the bouquets were not meant for him, but for the sisters: „They work so hard.“ – I wasn’t there, but I can imagine the whirlwind of good cheer that Hector unleashed on the ward for a brief moment. Hector’s charm offensives are well received. 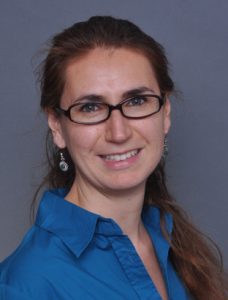 … was a freelance journalist for various German daily newspapers in Canada from 2019 to 2021. Now she works as a copywriter for Christoffel Blindenmission, an organization that, among other things, operates on cataracts in poor regions of the world.

More information about Uta can be found here: https://ohwieschoenistkanada.com/in-den-medien/

More information about Make Someone Happy!

Make Someone Happy! Drop by drop – small gestures with a big impact!

One drop at a time leads to an ocean